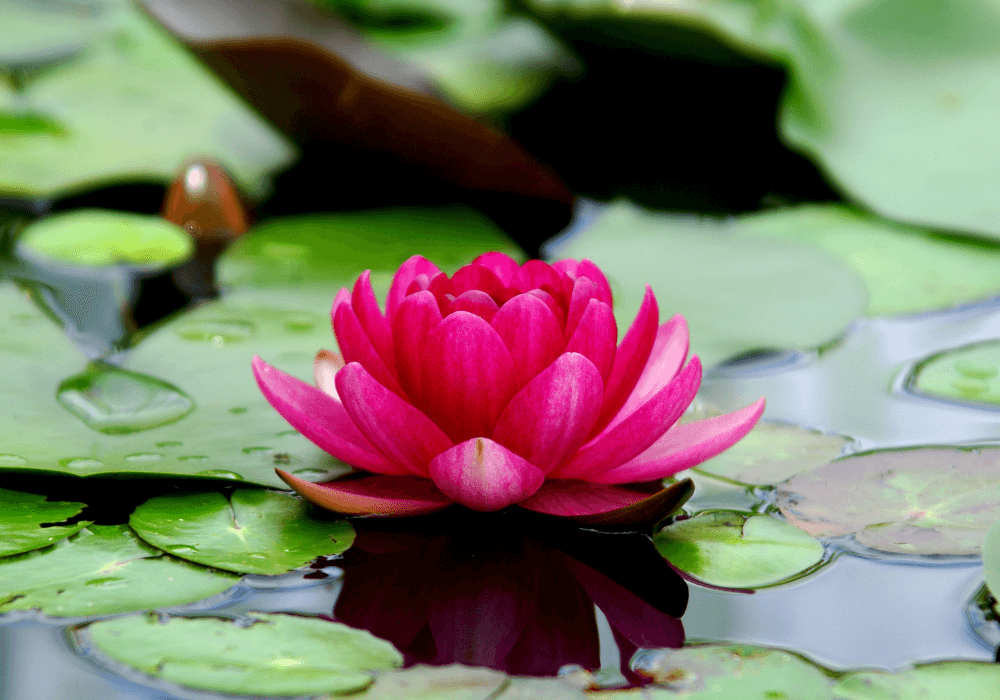 As complex beings, we long to feel spiritually connected to our world and other people.

We have used sacred symbols for thousands of years to reflect and fulfill these spiritual needs.

These abstract designs are the product of people worldwide distilling their ideas about the meaning of life and the workings of the universe.

Many of these symbols now enjoy global recognition, like the ankh or yin yang symbols.

What Are Spiritual Symbols?

Our prehistoric ancestors developed the first abstract symbols and art to convey what was important to them.

Their search for a symbol representing spirit led to many different images.

These symbols were used to communicate concepts about life, death, and universal truths of existence.

Many of them reach into the human subconscious in a way that’s difficult for people to explain.

People are drawn to one or more symbols. The visual stimuli may comfort you or help you connect meaningfully with spiritual forces.

As societies advanced, spiritual leaders refined their ideas about the meaning of life and death and everyday matters like fertility and protection from evil.

Various cultures, like ancient Egyptians, Buddhists, and Hindus, expressed their philosophies through images that people could easily recognize and that iinspire them to contemplate their place in the universe.

Why Are Spiritual Symbols Important?

You bring spiritual symbols into your life because they open gateways to the sacred. A symbol succeeds in this enormous task by providing a concise and efficient medium for communicating a complex idea.

The benefits you gain from symbols include:

15 Spiritual Symbols and Meanings and How to Use Them

The question “What are examples of spiritual signs?” is easily answered. The world is full of sacred and philosophical symbols that have generated meaning for people across the centuries.

The five-fingered hand of the Hamsa symbol is usually shown with an eye at the center. It has deep cross-cultural roots as a protective symbol across North Africa, the Middle East, and South Asia.

Valued by multiple religious traditions, the Hamsa is believed to repel negative vibes sent toward you by hostile people giving you the evil eye.

Place the symbol in your vehicle, on your key chain, in your home, or wear it as jewelry or clothing.

The real lotus flower is the inspiration for this symbol due to its beautiful, layered petals that emerge from the murky water.

As a Hindu symbol, the lotus signifies the womb of the universe, where you can glimpse infinity in a single point.

For Buddhists, the lotus expresses enlightenment. Due to the flower’s origins in the muck and decay of swampland, the symbol communicates the triumph of perfection over ugliness and chaos.

Put a drawing or picture of a lotus flower in a prominent place where you will notice it frequently. The symbol will remind you that you can transcend your difficulties. To embody the Lotus, sit in the yoga lotus pose called padmasana.

The simplicity of the spiral symbol belies its powerful creative power. From a single point in the center, its expansion outward represents life, growth, and expanding awareness.

In many traditions, the spiral specifically shows the womb. It appears in many of humankind’s most ancient stone carvings and cave paintings.

If you desire fertility, wear or display the symbol to invite creative powers into your life. It can also be used as a guide when experiencing big changes that force you to evolve.

Native American traditions give us the Earth medicine wheel that embodies everything. It can express the Earth within the universe, the four seasons, the stages of life (birth, youth, adult, death), and much more.

As a symbol that recognizes the connections among everything, it summons a sense of peace and harmony. It is also known as the Medicine Circle, Sacred Hoop, or Sacred Circle.

You can consciously explore your inner vision by contemplating each section of the circle and thinking about the stages or places it represents.

It helps you honor the past and develop your role in the future. As you do this, you should feel your spiritual energy increase as the symbol widens your perception of existence.

As one of the most common spiritual symbols, yin yang teaches you that life and the universe are built upon opposites.

Specifically, yin and yang represent masculine and feminine energy, but the symbol seeks to harmonize all dualities in the universe, such as dark and light.

It teaches the vital importance of balance because if a duality shifts too far in favor of one side, then peace fails.

Display or wear the symbol to stay connected to the principle of balance. Ponder the yin and yang when you feel out of balance to guide yourself toward acceptance that all things have an opposing force.

The Buddhist symbol of the Bodhi leaf celebrates the Buddha’s enlightenment while sitting under a Bodhi tree. As a result, the symbol is used to communicate spiritual awakening, but you can derive more meaning than that from it.

Buddha spent 49 days meditating beneath the tree, which makes the leaf symbolize patience and perseverance.

Wear Bodhi leaf jewelry or clothing or display its image. Seeing it will reinforce your strength and help you overcome obstacles.

You may also use it as a meditation aid. Focus on the symbol and empty your mind of worldly concerns as you pursue greater enlightenment.

A single, circular stroke in Japanese calligraphy creates the Zen circle. As a Zen Buddhist symbol, it conveys effortlessness, enlightenment, and imperfection.

The organic nature of the Zen circle teaches that you may attain enlightenment through the sheer simplicity of performing a fluid circular motion.

Ideally, you’ll get a brush and paint or ink and write your own Zen circles. The practice will invite peacefulness into your life. You may also look at an image of the circle and reflect on its highly refined representation of the universe.

11 Of The Best Books For Spiritual Awakening

This symbol distinguishes itself because it represents a sound. Ancient tradition calls it the sound of creation that was made at the beginning of the world. It encompasses past, present, and future and is meant to connect you to the scope of all time, which is essentially divine.

You will chant om over and over while in a meditative state. Focus on pronouncing the entire word. The A sound starts in the back of your throat. The U sound moves across your upper mouth, and the M sound vibrates through your lips.

As an ancient Egyptian hieroglyph, the ankh was the word for life, but its symbology has a broader meaning that includes immortality.

Ritualistically, it is associated with death, but only in the sense that death transitions life to the after life. The symbol can also be interpreted as a union of male and female anatomy; in that sense, it celebrates sexual pleasure and fertility.

The ankh is often worn as a pendant or earrings. The symbol helps you remain conscious of the spiritual extensions of life, such as procreation and connection to the world of the dead.

Very powerful among spiritual symbols, the mandala is revered by both Hindus and Tibetan Buddhists.

Its geometrical shapes built upon a central point enveloped by a circle represent the universe and natural patterns. They can be a small picture or laid out on a grid on the ground.

Look at a mandala and follow its lines to the center. The practice improves your ability to focus and helps you transcend suffering to reach a place of happiness. In the tradition of Tibetan monks, you would create a mandala and then destroy it after your meditation.

This symbol appears globally across many cultures. Fundamentally, it represents the connection between Earth and Heaven.

It also reminds you that not everything is visible because the roots are almost as extensive as the treetop. Overall, the tree encourages connections and unity.

The symbol appears on everything from T-shirts to coffee mugs. Regardless of where you place it, think about your connection to the natural world when you look at it. You can develop wisdom by recognizing the complex connections among living things.

The dharma wheel is often used with yoga poses. You align yourself with a spoke and perform a pose and then move on to another spoke and another pose. You may also use the wheel as a meditation guide to expand your mindfulness and clarify your intentions.

Thousands of years ago, the chakras were identified as components of the energetic body within the physical body. Blockages of energy flow through one or more chakras create disease or problems with your well-being.

You may meditate and focus on the energy with all chakras one by one or give special attention to a chakra that is troubling you and likely causing physical or mental distress.

The namaste symbol of two hands in prayer formation represents a way to acknowledge your spirituality and the spirit in others.

It comes from the words Naman and Aste. These translate to “I bow before you,” and “Let there be.” In practice, the use of namaste shows that you want to connect with others on a spiritual level.

When you meet or depart from a person, put your hands together, bow slightly, and say “Namaste.” This invites a great sense of peacefulness inside you because it makes you relate to others as spiritual beings.

The image of the Buddha has been iconic for thousands of years. You’ll see the symbol either as his head or his full body in a seated pose.

After casting aside all material possessions and achieving Nirvana, he founded the Buddhist religion. He sets an example of peace through reverence for all life.

Display an image of the Buddha to remind yourself to look beyond superficial material concerns.

Let the Symbols Speak to You

Your interest in symbols indicates that you are an open-minded person.

As you think about how to use symbols to enlighten your life, let your gut instincts guide your choices. The symbols that you need will call out to you.