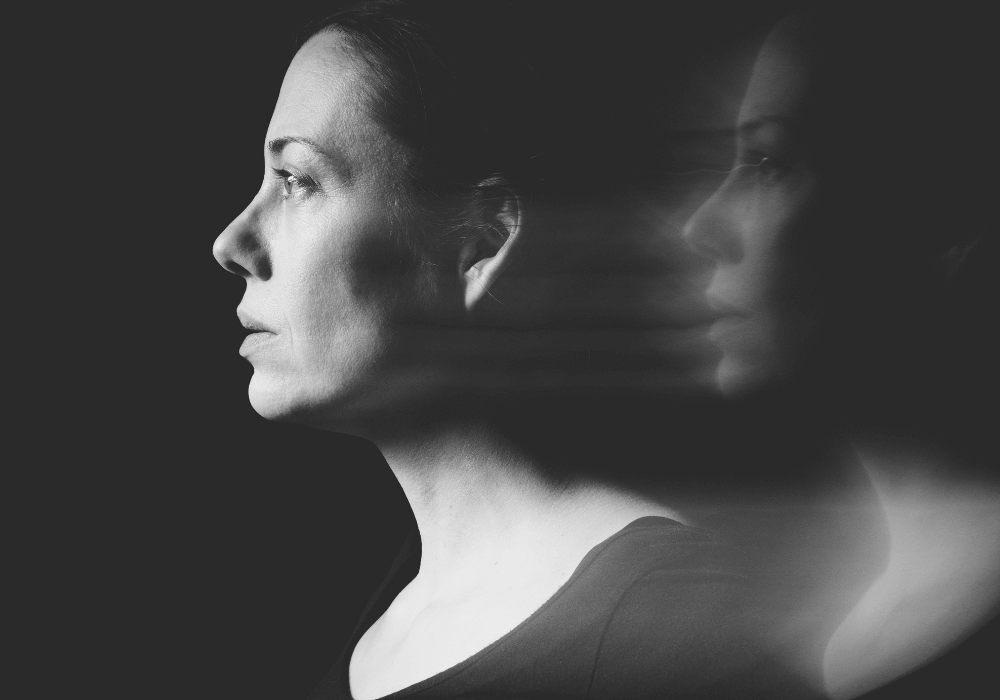 When we hear the phrase shadow work, we immediately think of evil, dark places, and things that go bump in the night.

But is shadow work evil?

The short answer is no.

In fact, at its core, it is the very essence of enlightenment — especially of self.

Everyone has traits they are proud of and those that are an embarrassment.

Some of these traits rise to the surface, while those that trigger unpleasant feelings cause their concealment.

These hidden characteristics make up the shadow self.

But rather than evil, the shadow self is an essential part of the human psyche.

It takes training, self-awareness, guidance, and courage to face the shadow self.

But ultimately, complete integration of the shadow and conscious self will help manage a healthier and more authentic state.

What’s In This Article?

A shadow isn’t a flaw or a mistake. It’s an essential part of everyone’s personality.

According to Jungian thought, roughly 12 human personality archetypes eventually demand to be expressed. And each one of those archetypes has an equivalent, the Shadow Archetype.

The concept of shadow work consists of various methods used to mend the human psyche to achieve self-awareness and self-acceptance.

While shadow work is often therapeutic and spiritual, accepting our shadows is not always easy.

It is easier to repress those hidden parts avoiding confrontation or their more destructive side. Even though the shadow still exists, it gets pushed back and forgotten.

But repressing your inner shadow can have dangerous consequences. Most often, the shadow manifests as our triggers — emotional reactions that express themselves under the wrong or worst circumstances.

Many cultures believe in the division of personality. And it is a widely accepted belief in Western psychological thought that the shadow self is one aspect of the human psyche.

However, personal discovery and self-reflection methods differ, falling on a spectrum.

Methods for self-reflection can include:

Regardless of the methods used, one of the fundamental tenets of shadow work is making the unconscious conscious.

Why Is Shadow Work Scary Sometimes?

Doing shadow work can sometimes be scary because it uncovers or triggers underlying thoughts hidden in our subconscious. But that is not necessarily bad.

The notice psychoanalyst Carl Jung believed, “Everything that irritates us about others can lead us to an understanding of ourselves.”

And understanding our inner selves is essential. Shadow work ultimately provides a greater understanding of the little things that trigger emotional and insalubrious reactions.

At the same time, ignoring our shadow side can be harmful. We don’t feel mentally and emotionally complete when the shadow and self are far apart. This part of the human psyche craves understanding.

Ignoring the shadow self can lead to:

Starting shadow work is also scary to many because it brings to light all those things kept hidden or just plain ignored in our personality.

And trauma can complicate shadow work. If considering the shadow side of your personality brings pain, suffering, or fear that you feel ill-equipped to handle, it’s time to seek the help of mental health professionals.

Is Shadow Work Dangerous? 9 Reasons It’s Not and Why You Should Try It

Shadow work is not evil or dangerous. It is simply a discovery of our inner selves. Its methods and exercises help integrate and accept all aspects of one’s character, allowing the authentic self to emerge.

Let’s explore the benefits of shadow work and how its use can lead to living a more authentic and better life.

Failure and making mistakes are two of the best learning methods. If you were prevented from or criticized for making decisions as a child, your shadow self might have an issue.

Lack of confidence in decision-making may also be a factor if children are not allowed to make choices or even to fail independently.

Depending on what kinds of things are passed onto your shadow, there’s a good chance shadow work will direct you to a deeper understanding of self.

2. Express the authentic self.

By starting shadow work, we bring the negative unconscious issues to the conscious level where they can be recognized and resolved.

When operating at the unconscious level, our shadow self is effectively in control. So while facing our shadow is hard work, it’s also incredibly liberating.

For the most part, the shadow self encompasses our personality’s negative or undesirable aspects. However, there are exceptions.

People with very low self-esteem often place positive aspects of their character into their shadow because they feel unworthy.

In these instances doing shadow work provides the opportunity to reclaim the true self – allowing it to thrive in the light.

Personal growth and development are at the heart of most spiritual philosophies. To achieve enlightenment, one must first become the best version of themselves.

Self-actualization is not possible until one accepts the duality of our personality. No one is perfect. Humans are both bad and good, with negative and positive characteristics.

Understanding your qualities and flaws will help you understand why you fail and succeed.

And doing shadow work, determining which hidden aspects are holding one back, is necessary for anyone who wants to achieve clarity.

Everything You Need To Know About Analytical Meditation

Another critical benefit of shadow work is healing generational trauma.

Because of the strong emotional bond formed between parent and child, generational behavioral patterns can be established that seem impossible to break.

Sometimes referred to as genetic equipment or family karma, these cycles can manifest in numerous triggers.

By extensively doing shadow work and acknowledging the shame and harmful actions of the past, it is possible to bring to light the wounds of the family lineage.

Once in the conscious realm, these oxygenated wounds can heal.

Your complete self, shadow included, is a strong, intelligent, and self-confident person. Once you start shadow work, many are surprised to realize shadow traits are valuable parts of one’s personality.

But if the subconscious traits are negative, bringing them into the light allows understanding and management. Shadow traits are most problematic when they remain hidden.

To love others, we must first be able to love ourselves. Luckily, self-love is another benefit of shadow work.

Self-love is a feeling. Either you believe you are worthy or not. Shadow work helps one accept that those undesirable traits or behaviors result from childhood events, not something inherently wrong with your personality.

Acknowledge these character traits and grow from their resolution.

When we think of a shadow, we think of dark, or darkness. Which, for many, translates into evil.

But a shadow doesn’t just hide the bad or undesirable traits.

It can also conceal unique talents and gifts like creativity. And whether those talents include mathematics, art, music, cooking, or dance, embrace that aspect of your shadow and explore that creative side.

Accepting oneself means accepting the shadow self, and that can be scary. For many, it represents everything we loathe about ourselves.

You can eliminate self-loathing by repressing your shadow. But to truly resolve the dislike, one must first embrace that side — practicing self-awareness.

And only when one fully loves themselves can they deeply love and accept others.

Some of life’s hardest but best lessons come from examining our personalities’ hidden or less-than-perfect aspects.

Jung said, “there is no coming to consciousness without pain.” But through dedicated work, our shadow emerges into consciousness. It heals and merges with our outward personality. And we grow.