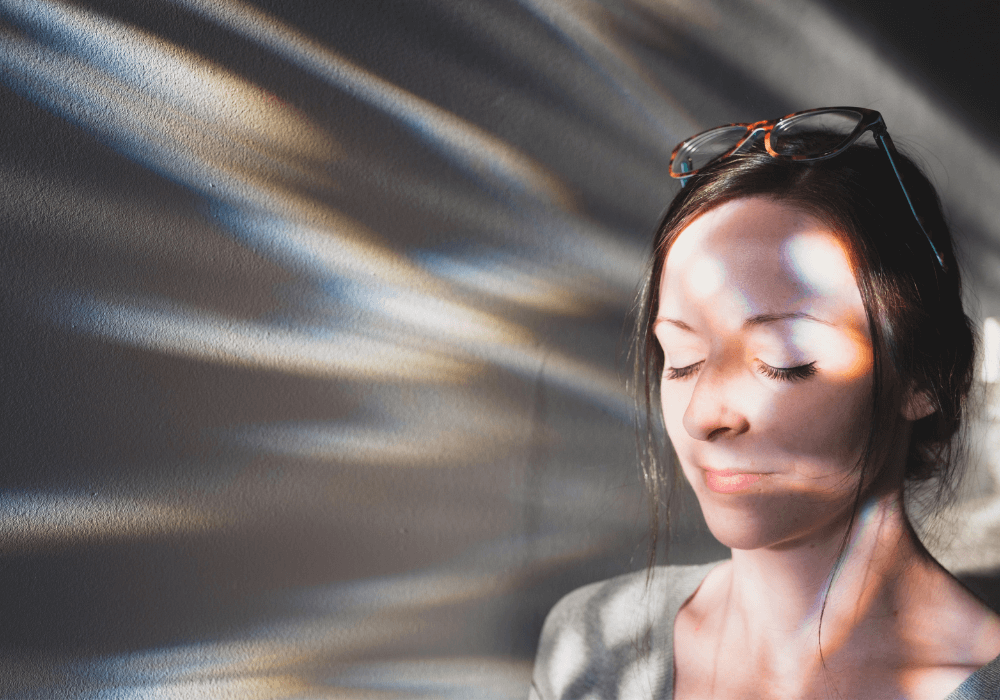 Like mindfulness, shadow work is an approach to psychological healing that recognizes one’s inner wisdom and ability to facilitate personal growth.

Both require non-judgmental awareness of the body and emotional states. Both call for complete self-acceptance.

Shadow work specifically requires recognizing and honoring all parts of yourself – even the parts that are painful and challenging – the shadow self.

Our list of quotes about shadow work can remind you how valuable and liberating this healing work is.

It takes courage to face the darker, more difficult parts of yourself. But by facing them, you free yourself to become an integrated person.

As you read through these shadow self quotes, ask how you may be repressing your shadow self and how you can recognize and accept all parts of yourself.

1. “The shadow is needed now more than ever. We heal the world when we heal ourselves, and hope shines brightest when it illuminates the dark.” – Sasha Graham

2. “Your Shadow is all of the things, ‘positive’ and ‘negative,’ that you’ve denied about yourself and hidden beneath the surface of the mask you forgot that you’re wearing.” – Oli Anderson

3. “Shadow work is the path of the heart warrior.” – Carl Jung

4. “Unless you learn to face your own shadows, you will continue to see them in others, because the world outside of you is only a reflection of the world inside of you.” – The Minds Journal

6. “What you are you do not see. What you see is your shadow.” – Rabindranath Tagore

7. “I used to live my life at night in the shadow of my dark past, I lived in shadows for so long until the dark became my world, but then you came and flipped on a light, at first I was blinded, It was so bright, but over time my eyes adjusted and I could see and now what’s in focus is our future, bright, brighter than it’s ever been” – Danny Maximus

8. “The shadow that hidden, repressed, for the most part, inferior and guilt-laden personality whose ultimate ramifications reach back into the realm of our annual ancestors.” – C.G. Jung

9. “Our shadows hold the essence of who we are. They hold our most treasured gifts. By facing these aspects of ourselves, we become free to experience our glorious totality: the good and the bad, the dark and the light.” – Debbie Ford

11. “People will do anything no matter how absurd to avoid facing their own souls.” – Carl Jung

12. “It is only through shadows that one comes to know the light.” – St. Catherine of Siena

13. “Everything we see is a shadow cast by that which we do not see.” – Martin Luther King, Jr.

14. “The best political, social, and spiritual work we can do is to withdraw the projection of our shadow onto others.” – Carl Jung

15. “What would your good do if evil didn’t exist, and what would the earth look like if all the shadows disappeared?” ― Mikhail Bulgakov

17. “If you are burning, burn. If you can stand it, the shame will burn away and leave you shining, radiant, and righteously shameless.” – Elizabeth Cunningham

Mindful Vs. Mind Full: What’s The Difference And How One Can Help The Other

47 Quotes About Transcendental Meditation To Inspire Your Practice

Begin Your Day Mindfully With These 75 Powerful Morning Journal Prompts

19. “The leaves’ autumn colors were muted in the shadows they settled among.” – Jazz Feylynn

22. “The radiance of that which wants to be born illuminates the shadows, bringing them into the light of awareness that they may be healed.” – Charles Eisenstein

23. “A man is whole only when he takes into account his shadow as well as himself – and what is a man’s shadow but his upright astonishment?” – Djuna Barnes

24. “People are afraid of shadows. People are even more afraid of being in the shadow. But without a shadow, life will be two-dimensional.” – Yoko Ono

25. “Our work is to integrate and eventually transcend darkness and light altogether by holding them equally in a state of interconnection.” – Sasha Graham

26. “One does not become enlightened by imagining figures of light, but by making the darkness conscious.” – Carl Jung

28. “Carl Jung called this his shadow work. He said we never see others. Instead, we see only aspects of ourselves that fall over them. Shadows. Projections. Our associations.” – Chuck Palahniuk

29. “By reintegrating our shadows, we reclaim our ‘lost selves’ and begin to truly know our Wholeness.” – Christie Inge

30. “Everyone carries a shadow, and the less it is embodied in the individual’s conscious life, the blacker and denser it is. At all counts, it forms an unconscious snag, thwarting our most well-meant intentions.” – Carl Jung

32. “Poems are always interested in what Ivan Illich called ‘shadow work,’ not least because that is no small part of their own way of working.” – Jane Hirshfield

33. “To confront a person with his shadow is to show him his own light.” – Carl Jung

34. “Light and shadow are opposite sides of the same coin. We can illuminate our paths or darken our way. It is a matter of choice.” – Maya Angelou

If these inner shadow work quotes intrigued you, make a point to learn more about your shadow self and how shadow work helps you heal from past wounds and current life difficulties through acceptance and compassion.