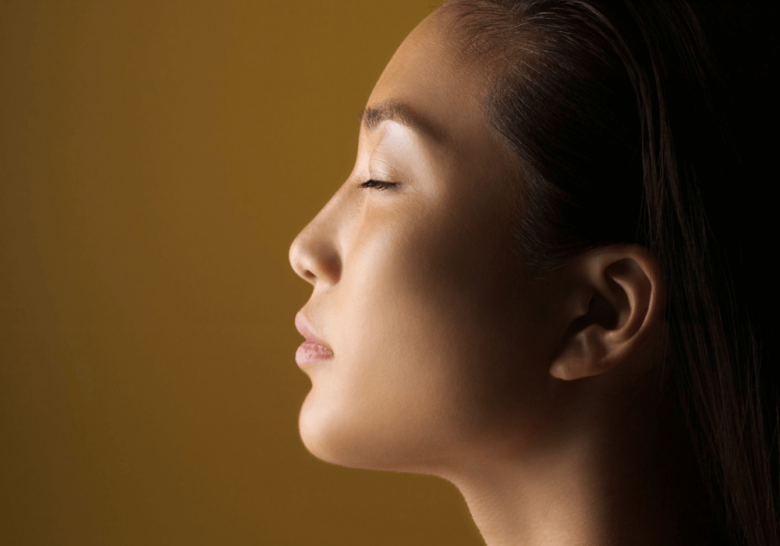 Spirituality and religion have been an age-old debate in human society.

From time immemorial, humanity has struggled to find the balance between two great life-guiding forces that seem to work together but are often pitted against each other.

But how can we make sense of this dichotomy?

Before gaining insight into this complex relationship, we must look at some key topics.

How are they different?

And where do they intersect?

Take a dive with me to explore one of humanity’s timeless conversations!

Is Spirituality a Religion?

No, spirituality isn’t a religion.

Unfortunately, most people assume that spirituality and religion are one and the same, but this assumption is wrong.

Spirituality is an individual’s inner sense of connection with the universe or a higher power, and for some people, it is an essential part of living.

While there are many similarities between spirituality and religion, they are distinctly different concepts.

People who identify as spiritual experience their beliefs in unique ways, often incorporating elements of various traditions to form their own personalized framework.

Unlike religious beliefs, which tend to have strict rules and organized doctrines, spirituality is highly individualized.

Many people rely on their own understanding of the world when making decisions or expressing themselves.

Ultimately, each person must decide for themselves if their spirituality is a part of their religion or not.

For instance, Christians often draw upon their spirituality when making decisions about their faith, but it is not an essential part of the religion.

Is It Better to Be Spiritual or Religious?

There is no definitive answer to whether it is better to be spiritual or religious, as the right path for one person may not be the same for another.

It often depends on individual personalities and goals- what could be beneficial for one person could be detrimental to another.

However, according to a survey published by TODAY, over 70% of participants believed it’s better to be spiritual than religious.

This suggests that most people feel that spirituality is more beneficial than religion for personal growth and development.

Some of these benefits include:

Ultimately, what matters most isn’t what you believe but how it helps guide your life and help you become the best version of yourself.

Spirituality vs. Religion: 5 Essential Differences Everyone Should Know

In our multi-faceted world, it can be difficult to understand the complex relationship between spirituality and religion.

While often closely linked and used interchangeably, these two concepts are not the same and carry distinct characteristics for individuals, groups, and globally. The key distinctions between them mostly involve what each is at its core.

Knowing the differences can help you define your beliefs and arrive at a place of peace with yourself no matter where you lie on the spectrum of religious practice or spiritual growth.

Here are five essential differences between spirituality and religion to consider:

Religion focuses on outward structures and traditions, whereas spiritualism directs its attention inwardly toward self-discovery.

Religion is an organized set of beliefs, cultural systems, and world views that relate humanity to an order of existence. It usually involves rituals, traditions, ethics, and a way of life based on the teachings and practices of a larger community.

Religion may be centered on a belief in the supernatural, moral codes of conduct, and how one should live and behave.

On the other hand, spirituality is less about what you believe and more about what you value or what makes sense to you personally. Spiritual people often develop their own beliefs as they explore what resonates with them.

Spirituality is a way to find meaning and purpose in what you do or experience. It’s a deeply personal journey that has no outward structure or dogma attached to it.

Some people focus on compassion, self-awareness, and an understanding of what life offers, while others concentrate on what they believe is the ultimate truth or what they can do to connect with a higher power.

Spirituality allows individuals to explore their inner selves, developing a deep understanding of who they are and how they interact with the world around them.

This exploration is not necessarily constrained by any organized faith or doctrine- rather, it gives someone space to grow into who they are on a personal level.

Spirituality also fosters a sense of interconnectedness with things beyond what we can see and touch.

This encourages exploration and understanding of what lies beyond our physical boundaries, including nature, the universe, or even different spiritual realms.

On the other hand, religion provides its followers with a single set of rules and beliefs to follow, typically with less room for personal growth within those parameters. It’s often seen as more rigid and less open to exploration.

In fact, certain beliefs related to spiritualism may even be seen as taboo or forbidden to discuss within some religions. It is safe to say that spirituality has greater potential for exploration within one’s faith than religion does.

Religion generally involves participation in organized rituals such as prayer or meditation and attending services at places of worship. These practices are observed by a group of people who share the same beliefs and follow the same traditions.

For example, Christians are encouraged in the Bible to build a community of believers, gather together to pray and worship, and observe certain holidays or holy days.

Likewise, Muslims are encouraged to participate in daily prayers five times daily, with men particularly urged to perform the prayers in the mosque.

On the other hand, spirituality is less about what you do and more about what you achieve inwardly through practices such as meditation, mindfulness, and introspection.

It doesn’t necessarily require any rituals or practices. It’s more about what resonates and feels right for you personally.

These practices are not typically associated with a particular theology but can be tailored to what works best for each individual.

For example, you can use spiritual practices such as yoga, energy healing, and breathwork to deepen your understanding of what lies beyond the physical world.

Want More Abundance In Your Life? Try These 57 Mantras For Abundance

Spirituality helps you discover your own truth, while religion tells you what truth is.

Religious teachings are usually based on what has been passed down through scriptures, religious scrolls, and books or what religious leaders teach. These teachings are considered the truth and should be followed without question.

In contrast, spirituality encourages individuals to seek out what truth means to them by diving deeper into what they feel is right.

It’s more of an internal journey that helps you develop your own personal truths that may not necessarily be aligned with what has been taught through a particular faith or religion.

This is when spiritual awareness and growth come into play.

Ultimately, spiritual paths are what you make of them and what resonates with you as an individual, making them unique.

5. Relationship To The Divine

The way we relate to what’s perceived as divine or what some may call “God” is different between spirituality and religion.

Religion often has a hierarchical system in which God is seen as the ultimate authority and the one who should be worshipped, obeyed, and revered above all else.

Spirituality, on the other hand, doesn’t necessarily involve worship at all. Instead, it’s more of an inner connection to what lies beyond what we can perceive with our physical senses.

As your spirituality grows, the more you understand that there is something greater out there, even if you don’t see or understand it.

Can You Be Spiritual and Religious?

Spiritual and religious practices have been intertwined across cultures throughout the centuries.

Some people feel called to explore different spiritual paths beyond what organized religion offers, and many believers find their faith is enhanced through other spiritual activities such as yoga, meditation, or journaling.

You can create a hybrid of the two concepts, allowing what resonates with you individually to be your guide.

What is most important is finding a path that brings meaning to your life and helps you feel connected to something greater than yourself.

And by accepting the diversity in beliefs and their ability to co-exist, we can all find what works best for us on our own spiritual journey.

Spiritual vs. Religious People and How They May Differ

Spiritual and religious people are two distinct groups, though they share a common goal: to connect with something greater than the self.

While both participate in certain practices and rituals to achieve this, the two groups have some key differences.

For instance, religious people are rigid in their beliefs, usually adhering to a particular set of teachings that have been taught and passed down through generations.

Spiritual people are more flexible in their beliefs and often draw from multiple teachings and practices to create what works best for them. On the other hand, religious people typically rely on some form of organized religion or institution.

In contrast, spiritual people rely more on their own personal experience and what they feel is right.

Ultimately, both groups honor what works best for them to connect with something greater than themselves – whether through religious teachings or a more intuitive approach.

Spirituality and religion are two distinct concepts with important differences. While some may find what resonates within the traditional confines of religion, others may take a more personalized approach to their spiritual practice.

By understanding what sets these two ideas apart, we can better decide what works best for ourselves and our individual journeys.

Whether you choose to explore your spirituality or your religion, what matters most is what brings meaning and purpose to your life.